As Grumps walked along, he could feel Oli’s hand, small and trusting, in his own.  There was a time, he supposed, rubbing his free hand across the stubble on his chin, when his own hand had been as soft. Now it was burred and scarred.

‘What’s that?’ Oli asked, pumping his two-year-old legs to keep up.

‘They’re cows,’ Grumps replied, eyeing the Friesians in the field ahead. 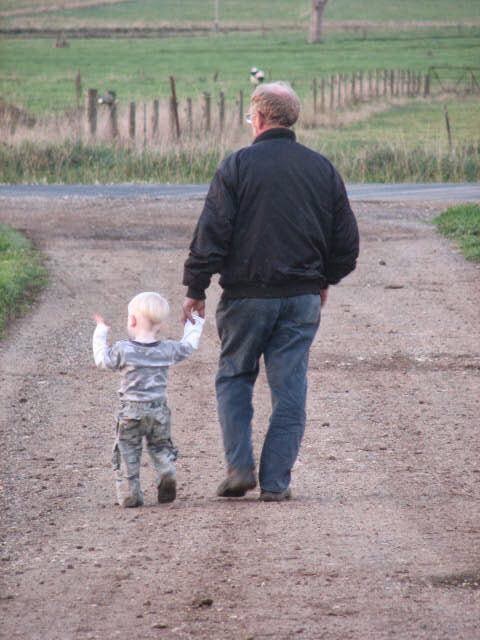 Almost on instinct, Grumps took in the information about his dairy farm. He’d been born here one winter morning nearly seventy years ago, and there was nowhere in the universe that he knew better.

With a single glance he counted the cows (forty with calves at foot), he assessed when he would need to move the cows to preserve the paddock’s carrying capacity (Tuesday next week, around lunchtime), and he estimated how much he would make at market when he sold the yearlings (not as much as last year before the drought broke).

He stopped next to the gate, opening its catch. ‘Come through mate,’ he said to Oli who stepped around a cow-pat and stood on tippy-toes to push the latch back into place.

He liked helping Grumps. It made him feel grown up and competent with technical things – and Grumps had a lot of those.

His favourite place was in the shed. This was where Grumps had let him hold a funnel while he poured oil into a jerry can. Oli even helped wipe around the lid with a rag made from an old singlet. Another time he had helped Grumps straighten nails with a hammer. That took all afternoon.

‘For next time,’ Grumps had said, placing all the nails into an old jar on the shelf where he kept his tools.

This morning, as Oli made his way around the paddock with Grumps, he noticed that there were hundreds of spiderwebs strung between the wire strands of the fence. When he looked closely he saw that they shimmered in the morning sun because dew drops had collected on them overnight. He touched one, sending the dew drops scattering, but when he pulled his finger away, the web stuck to him and broke.

Oli thought he might cry, but Grumps distracted him. ‘Look over here,’ he said, leading Oli to where a newborn calf was nursing from its mother.

‘It’s hungry,’ Oli observed, watching the calf flick its tail while it drank. He flicked his fingers in time with it, and edged closer.

The cow wasn’t happy and shook her head at Oli. When she mooed, Oli jumped back, frightened, and hid behind Grumps.

‘Breakfast time for all hungry littlies,’ Grumps said, suppressing a smile as he picked up Oli and walked towards the house.

Oli had recovered from his fright by the time they arrived at the gate, and he fastened the latch. All by himself.

‘Can we go to the shed later?’ Oli asked, keen to be with Grumps.

‘Yes mate,’ Grumps said, laughing. ‘Where would I be without my helper?’
Posted by Chris at 11:48 No comments:

When I crest the hill I see the curve of the land cupping the bay and holding it up to the horizon. As I drive towards Mullumbimby, hugged in the palm of the land, the thumb of the lighthouse is at one end of the bay and the skyscraper fingers of the Gold Coast are at the other.

Each time I see this I feel the same kind of wonder that I experienced the day Dad had opened his hands to show me the surprise nestled inside; a blue diamond butterfly that had flicked its wings before flying into the sky.

Our farm was wrapped in the embrace of ancient hills that spoke of the time when volcanoes ruled. The valleys held remnant rainforests that drew on this alluvial legacy, making ferns and orchids that were too fragile to pick.

As a child I played in the cold, cold water of springs that tumbled down the rocky steps of waterfalls. I squeezed the silt, soft as silk, between my toes. It seemed like a paradise full of treasure.

‘What do you think I’ve got?’ Dad asked, playing the game that required me to guess.

Often it was a dandelion ready to be blown. Sometimes a piece of quartz washed from the mountain. But it might also be a beetle, shiny and iridescent like a Christmas decoration. Or a cicada, green and quivering with the noise of its life that seemed somehow trapped inside it. This time it was the butterfly.

I watched its wings beat up and down. The propulsion took it into the green leaves of a tree and it flew there a while in the dappled light. Exhausted, it settled on a branch.

‘Will it die?’ I asked, knowing even then that all creatures have a time and place allotted.

We stood for a moment, acknowledging that truth.

As an adult, I value that instance of honesty more and more. It held within it the need for urgency; to do what you can with the time you have. Your wings may be small, but they can lift you.

So today I am trying to fly - into an expanse of creativity, mapped against the contours of the place that nurtured me. Every heartbeat pumps a memory. I breathe the ageless air that lifted the butterfly and I know I am coming home.
Posted by Chris at 22:19 No comments: 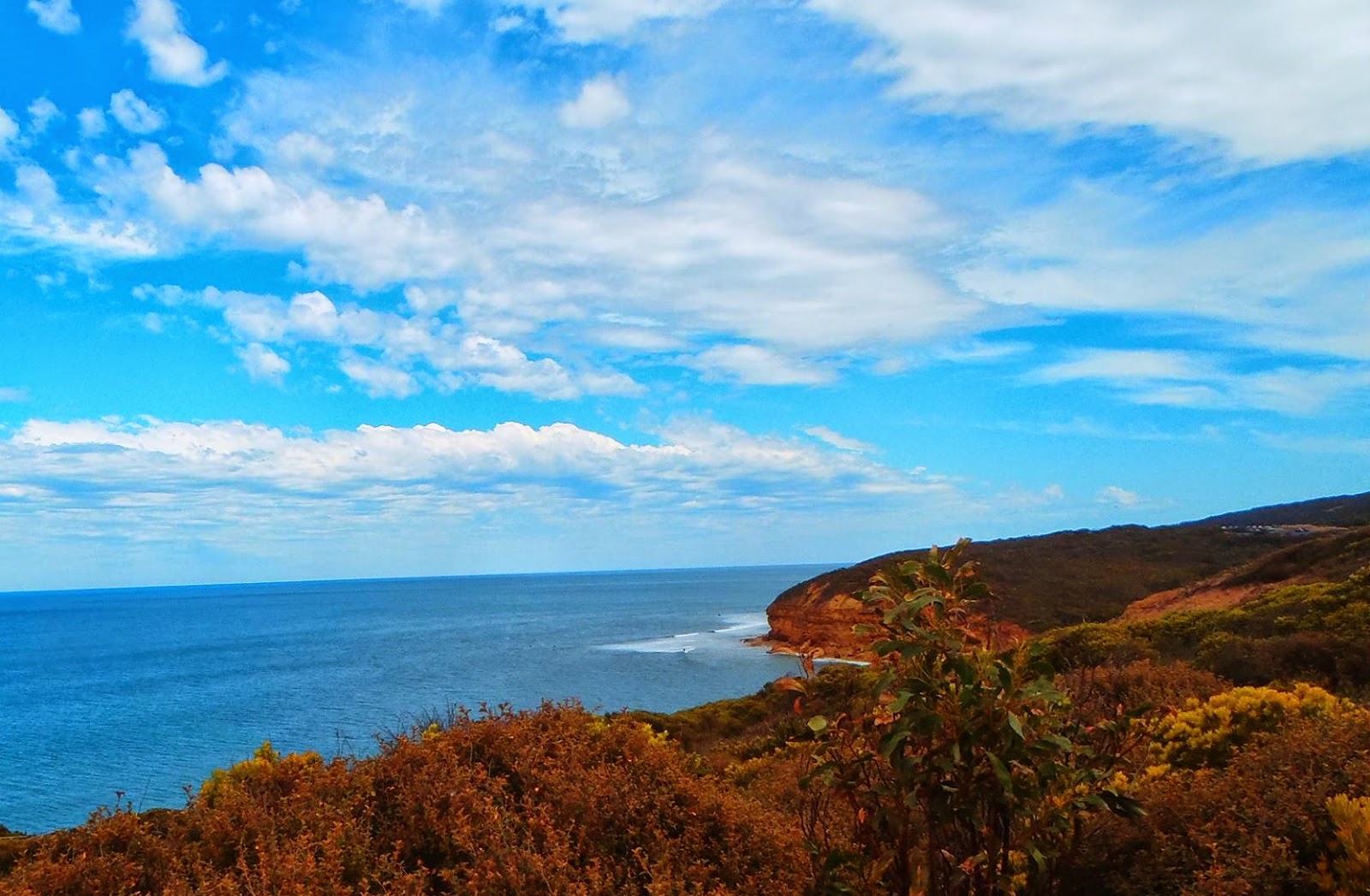 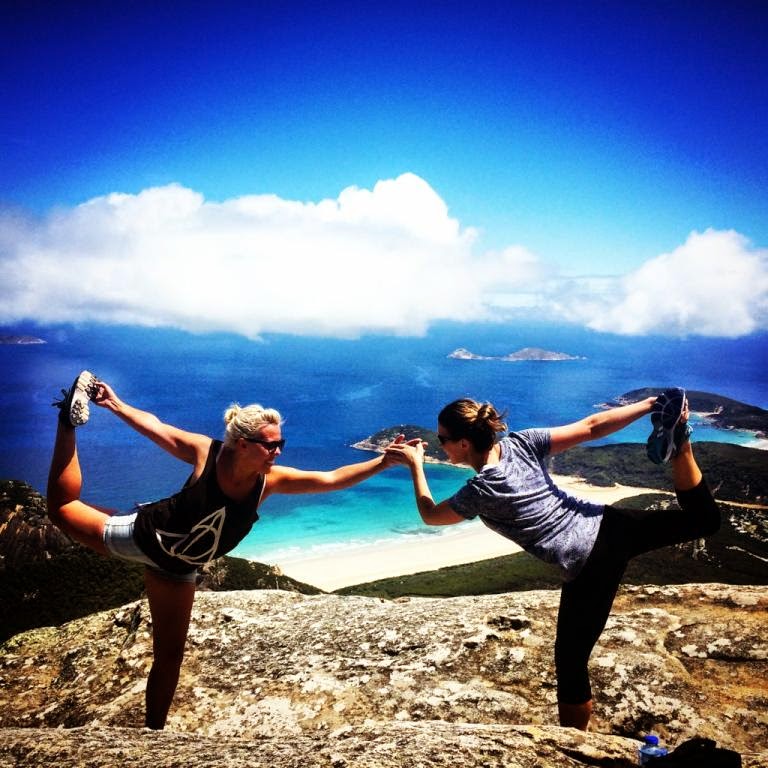 As a Hawaiian song drifted across the conference room, LJ hoped there might one day be a solution to the rising tides that battered islands like Kiribati.
Posted by Chris at 08:46 No comments: