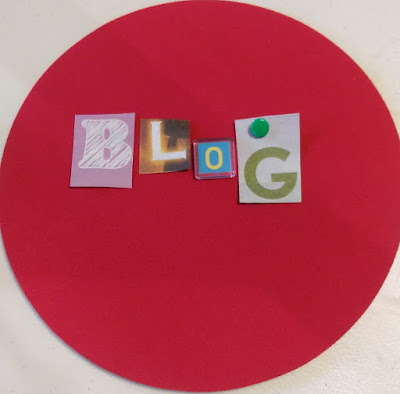 Here are some things I learnt from being Blogger in Residence at the ACT Writers Centre:

2. Having a coffee break won't help you meet your deadlines...

3. Writers can be generous with their time and information (and truly inspiring)


4. The ACT Writers Centre has a great program of workshops (don't be shy - they're for people like you)

5. The writing and arts scene in Canberra and surrounds is vibrant and buzzing with activity - be part of it!
Posted by Chris at 17:57 No comments:

You have been successful with both prose and poetry—do they come from the same creative place?
I write across genre a lot. I started out as primarily a poet, before moving onto prose and I also write nonfiction. I think of it as using tools from the same tool-box and the same building materials, to fashion different things. Usually I start with the concept or the idea, or even a feeling or event, and the form comes later. Occasionally a short fiction piece will start out as a poem. The story Harlem Jones from my bookForeign Soil started life as a poem called Angry Brown Men Are Going To Burn London To The Ground. The voice in the poem was powerful and I couldn’t abandon it, so I put it in the mouth of a young Black British teenager and kept working on it. The story Hope in Foreign Soil also started out as a long narrative poem written in Jamaican patois called Some Dream Was Brewing. 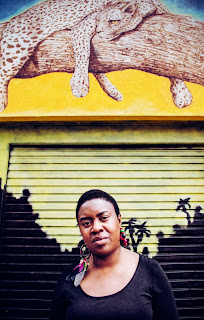 How do you come up with your ideas? Is there a particular technique that you have found useful for capturing your ‘voice’?
I write mostly from life, even when writing fiction. I’m interested in the ‘ordinarily extraordinary.’ Foreign Soilhas stories set inside Villawood Detention Centre, in Mississippi and New Orleans, in London’s Tottenham in the middle of the 2011 street riots, in an Australian schoolyard in the mid 1980’s. The geography is very loaded and vivid, and often that creates either incredibly intense or incredibly malleable characters as they need to navigate those environments. In terms of my voice, there are so many different ones in Foreign SoilI’m not sure I can even pin-point what mine is.  Except to say that as a writer, the character guides everything. In order to ‘get it right’, I feel I must hand the story completely over to them. The aim, in a sense, is for my voice, or my crafting, not to be visible.
If there was a single word to describe your writing journey what would that be? And why?
Rollercoaster. I always wanted to write, but I never in a million years dreamt I’d have published poetry, fiction, a memoir and a kid’s picture book by the end of next year—or have my work picked up for publication internationally. You hope—of course you have aspirations as a writer—but to have considered these things would happen to my work even five years ago would have seemed absurd to me.
Your work has won a number of prizes over recent years. Were there any significant mentors or supporters who really assisted you when you were starting out?
There are so many—encouraging teachers at high school and at university. I’ve been inspired by a lot of women of colour who were already blazing trails in front of me—writers like Randa Abdel-Fattah, Anita Heiss, Alice Pung, Melissa Lucashenko. There was Jeff Sparrow, the former editor of Overland, who eigth years ago gave me the password to the Overland blog and let me post my poetry there whenever I wanted which suddenly gave me a broad audience. David Ryding, the current director of the Melbourne City of Literature and a former director of The Emerging Writer’s Festival, asked me back to the festival ever year during his time as director, putting me centre-stage back when I had barely published anything at all. Alan Atwood at The Big Issue, who published my first ever feature article. The three judges for the Victorian Premier’s Award for an Unpublished Manuscript—Paddy O’Reilly, Francesca Rendle-Short and Sam Twyford-Moore, who are all masters of their crafts and without whom my latest book would still probably not have seen the light of day. Erik Jensen, who read my book and offered me work at The Saturday Paper. Sometimes everything’s in place in terms of your skills, and all you need is for someone to come along and offer you a break. Sometimes it’s hard to progress until someone comes along and does so.
If you could have your time as a writer over again, what would you do differently?
There are two short pieces of work I wish I’d never published (I won’t name them), and if I could have my time over, I wouldn’t do so. They weren’t great writing and I’m still unclear about what purpose they served(!). Apart from that, I wouldn’t trade my journey for the world.
You’ve been asked to conduct a workshop for the ACT Writers Centre. In what ways do you think your workshop will benefit emerging writers?
The workshop will teach, or remind, participants of the key components of short fiction, looking at reading examples. It will give them tips on structure, style, narrative voice, characterisation, research, narrative device, dialogue writing, editing and more. Participants will have the opportunity to ‘troubleshoot’ hurdles in their creative process, and to find out more about the submissions and publications process.
Is there any general advice you can give to emerging writers?
Don’t aim to write ‘like’ somebody else. Only you can write like you. Your job is to make that your biggest asset.
This Blog first appeared on Capital Letters, the blog of the ACT Writers Centre.
Posted by Chris at 14:38 No comments: